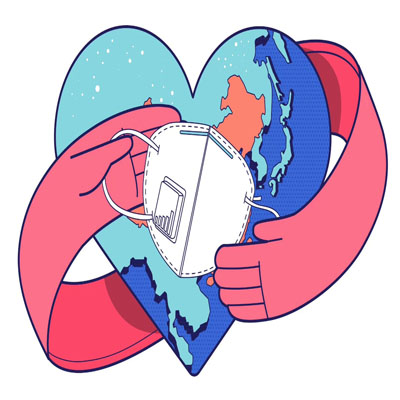 Since the covid-19 has hit the world; it is doubtful that the world after COVID-19 would return to the world that existed before. The effect of the epidemic is speeding up several developments already ongoing in the world economy. This is particularly true of the digital economy, as the digital activity, such as online work and learning, telehealth, and shipment of goods is growing. It can also accelerate other transformations.

More than 50 million individuals were killed by the 1918 pandemic, commonly known as the Spanish Flu, of which more than 14 million died in British India only. The consequence of this flu epidemic has become more profound and global. World War I had a huge effect. It changed the limits of colonial powers, stakeholder expectations, and poverty in several countries due to inflation and unemployment. In the old colonies, the epidemic boosted independence movements and pushed countries to make universal healthcare policies. It was also the reason behind advancements in virology and the development of vaccines.

Ironically, one thing that is most important in today’s life is human liberty, which has been destroyed by this disease outbreak. Our lifestyle has been distinguished in many other parts of the world by personal and social freedoms where, after making expensive sacrifices, nations have marched to wars and conquered them.

Many evaluations are running on about what much of the world after the catastrophic transition of 2020 we will encounter over the next generation. In addition to emergency financial steps introduced by individual authorities and public financial organizations to keep companies and nations alive and help people who are currently out of work, countries are indeed focusing on engineering the epidemic; they have not had time to think about their preparations for the future.
However, through some hypotheses concerning various aspects, we have brought the following predictions about how the world would be after covid-19.

Relative to investments in coal or constructing new malls and restaurants, the new business focus would be on lowering carbon emissions, pushing fresh & organic food choices, and improving hospital hygiene & fitness centers. Within the next few years, healthcare will be the prevailing problem.

As seen during the contagion, home deliveries of food and retail goods would increase. Amazon has been one of the tech firms, hiring workers rather than sending them off for layoffs. Apple will strengthen its e-commerce tools. Google, Amazon, eBay, and Alibaba, their cyber-security will be tightened, customers will be assured safe financial transactions, and professionals will battle with one another.

With defined guidance for medical professionals about patient admissions throughout emergencies, hospital treatment will mark a significant change. To cover medical treatment, many nations will adopt health insurance. Before hospitals interfere, this could be brought to the next stage to involve other inquiries. It will be a challenge for the mental health community to deal with the new pandemic’s pain and anguish. Further funding could be allocated for researching new bridge control vaccines in case of other pandemic’s threat.

In several nations, schooling rapidly has moved from classes to e-learning during the coronavirus freeze. For the advantage of homes without the internet, Turkey went one step more and designated free Television networks for e-learning. Students have adapted to a modern learning style, assisted by specialized chat groups and video classes, which would be likely to be the new norm of education. Also, with the need for classrooms, teachers will be educated in new forms of e-learning.

States that have heavily invested in the tourism industry, such as Barbados, Trinidad, Spain, Portugal, India, Egypt and Turkey, would work directly with the hotel and resort personnel to ensure that visitors are provided with an isolated and infection-free climate.

In many other countries, there are going to have new visa rules for travelers. States where the epidemic has peaked, and life has stabilized, may place visa limits on citizens of countries that are still struggling with the epidemic. Authorities may even introduce a new visa policy, in which travelers would have to take their immunity certificates along with other documents.

Small office rooms can be leased by businesses where large inventories and supplies are not expected to be kept and will enable workers to work at the house. Rather than the standard five days a week, employers can recruit staff for three days to split the job opportunity with a large group of people seeking employment. Travel agents may fade away from high streets, as most begin to work on home e-ticketing. Business travel would then significantly decrease, leading to greater dependence on virtual meetings and red meetings.

It is becoming evident that the current world system will be amended by influential countries in the POST-COVID-19 WORLD, considering the lessons learned in coping with the current epidemic from the output of authoritarian governments and free democracies. Despite being the most populated nation on earth, China rescued its people from coronavirus fatalities to a substantial extent, whereas the US, the UK, Italy, Spain and France were unable to do this with their best medical care facilities and technologies.

So, to cut to the chase, the moral from the illness of the Covid-19 is meaningful. Humans ought to behave in a new way that may return the beloved Earth to life. It is a new fight for natural selection and survival in the post-modern progress of humans. It means that if you do not have the skills to crush the economic, financial and social stresses, you face as a person or as a country, the lease on your survival in a world of competition is close to running out quickly. Is the world prepared for a bleak situation like this? Human society requires to take its poverty and helplessness into the march of human civilization. The more we focus on problems, the more we will get the solutions that can eventually lead to the new-better-world. 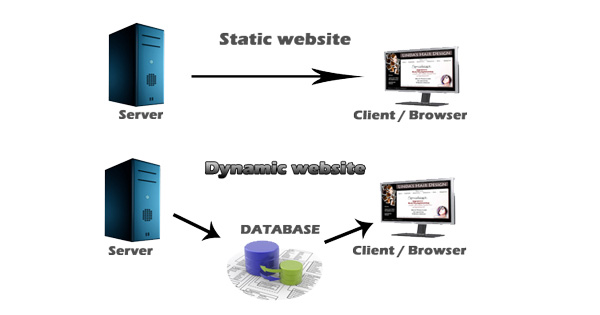 BENEFITS OF FASTING IN RAMADAN FOR BELIEVERS

How Did Animation Proceed From Past to Present? Each Explainer Video Has a Value for Business

Writing vs. Speaking – The Similarities and Differences