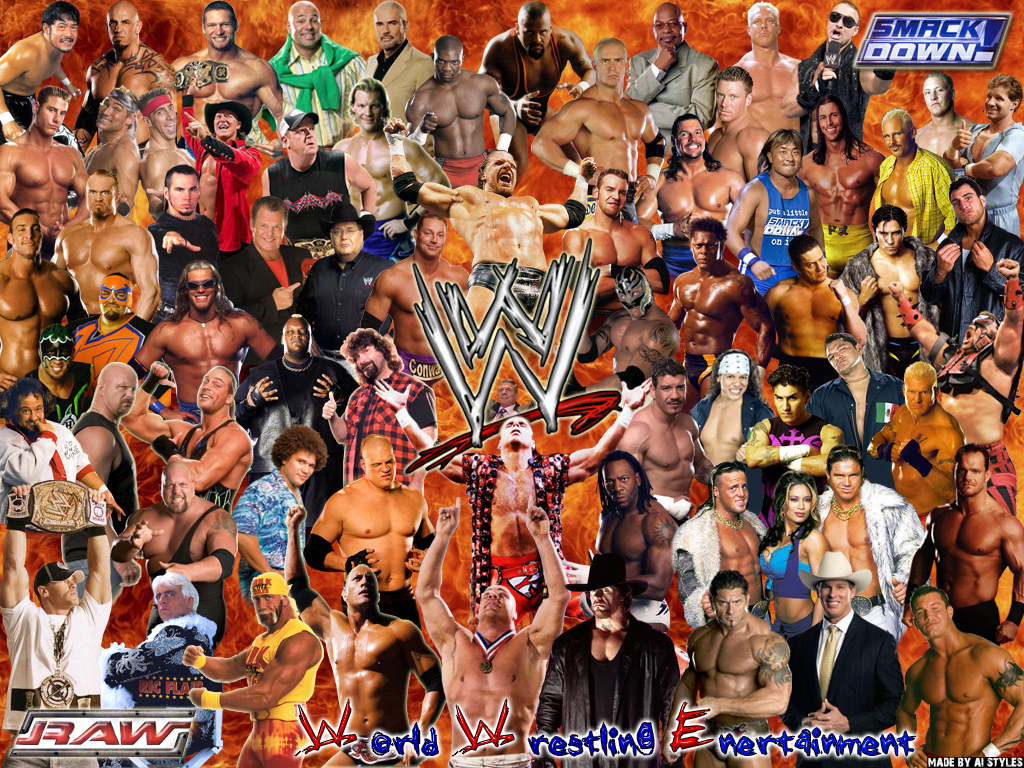 There are a vast number of different sports in which people get immersed deeply. Wrestling is one of the thrilling and action-packed sports. You get immensely involved while seeing a wrestling performance awash with striking attacks, acrobatics, swift-moving, athleticism, the manifestation of strength. There have been a bunch of quality wrestlers having a variety of skills. A professional wrestler must have good physical fitness with various techniques such as grappling holds, joint locks, pins, and confident taking down. It is the oldest and remarkable sport that has produced many great wrestlers. However, a few of them are regarded as the greatest of all time, due to their exceptional performances.

Mark William Calaway, well-known as the Undertaker, is distinctively regarded as one of the greatest wrestlers of all-time. He has been a world heavyweight champion for seven-time in WWF (now WWE). He embarked upon his wrestling career in 1987. He started his career as a gimmick for world-class championship wrestling (WCCW). However, he became a regular professional wrestler very soon and signed WCW in 1989 and WWF (now WWE) in 1990. He had acquired the reputation as a horror-themed having a ghastly environment. Undoubtedly, he had been one of the most prominent professional wrestlers of the Attitude Era only because of his distinct posture as well as scare tactics. He was best-known for the Streak, a series of 21 victories at WWE’s annual event, WrestleMania. He departed the wrestling industry in June 2020, leaving behind an incomparable legacy of victories in the wrestling field.

Indeed, Hulkamania got an actual presence in the 1980s. He has drawn more earnings than anyone in the wrestling industry, being the most prominent and demanded star of this field. Hulk Hogan is the most recognized wrestling figure worldwide. At inception, he won the WWF Championship five-time, thereby announcing history for the second-longest in the company. He has the credit of winning the first-ever consecutive Royal Rumble fights. Later on, he joined WCW and won its championships six-time creating history for the longest reign. In 2005, he was admitted into the WWE Hall of Fame in honor of his phenomenal accomplishments.

Shawn Michaels, best known as Mr. WrestleMania, is regarded as one of the greatest wrestlers in history. He had a few nicknames such as “Heartbreak Kid” & “the Showstopper.” He took part in wrestling regularly for WWF (WWE). He has been a four-time world champion. Moreover, he also captured Royal Rumble titles two-time. Besides, he also won many other renowned championships of the world. He was one of the founders of D-, Generation X, a professional wrestling stable. His match against John Cena in 2007 is remembered as the competition ever aired.

Bret Sergeant Hart hailing from the Hart wrestling family with an amateur wrestling background, is also acknowledged as one of the best and the greatest wrestlers of all-time. He was well-known as “Hitman.” He won the 1994 Royal Rumble. Significantly, he was the only two-time King of Ring. He was a five-time WWF champion and the most prominent figure in the mid-80s and late 90s. He confronted several hardships in his career and underwent concussions, accidents, and strokes but courageously overcame them. He beat the most admired and recognized professional wrestlers of his time, including Stone Cold, Triple H, Undertaker, and other big names. His remarkable sportsmanship spirit was witnessed in Vince McMahon and Shawn Michaels’s controversial “Montreal Screwjob” in November 1997.

Steven James Anderson, well known as “the texas rattlesnake,” “Stone Cold Steve Austin,” has been the greatest wrestler in the wrestling industry’s history. In his early career as a wrestler, he was known as “STUNNING” Steve Austin, especially during the WCW from 1991 to 1995. After spending a short span of time in WCW, he became famous with the ringmaster’s ringmaster in WWF, now WWE. However, he was given another name as “Stone Cold” due to his anger and attitude. Austin’s rise to stardom began at the 1996 King of the Ring, where he won the King of the Ring tournament. There he defeated Jake “The Snake” Roberts in the finals. After the match, Austin cuts a famous promo during his coronation, mocking Roberts’ with the iconic catchphrase “Austin 3:16”. He held huge numbers of championship titles, entailing a six-time WWF Champion, a two-time WWF Intercontinental champion, and many WCW titles. In addition to these, he had an outstanding record of three-time Royal Rumble winner titles. His induction into the WWE Hall of Fame was realized in 2009.

John Cena, a professional wrestler, is widely recognized as one of the greatest wrestlers of all time. He is a 16-time world champion. According to WWE, John Cena has got a shared record regarding the most world titles. Furthermore, he has taken part in the Royal Rumble fights twice and remained unbeaten. He has also been in the core event of WrestleMania five times on different occasions. After Undertaker, John Cena is the only wrestler to accomplish ten wins at WrestleMania. Undoubtedly, he is amongst the greatest wrestlers of all-time.

At the very inception of his career, he had the look of a champion, and a star always seemed ready for action. Dwayne Douglas Johnson, popular by his ring name the Rock, is also considered one of the greatest wrestlers of all-time. He had been an integral part of WWF (now WWE) for more than eight years before resorting to an acting career. He ushered in his victories by winning WWF Championship in 1998 and associated with the Attitude Era in the 1990s. However, he went away to pursue his acting field as a profession.

Paul Michael Levesque, known as Triple H, is also regarded as one of the greatest professional wrestlers in history. In 1995, he signed with the WWF (now WWE) and thereby became Hunter, Hearst Helmsley, subsequently, Triple H. Having won his first WWF Championship, in 1999, he was considered the best wrestler in North America. He has indeed had a Hall of Fame career with enormous world titles. He always showcased a good to a decent bout, especially with Shawn Michaels, Austin, Rock, and Undertaker.

Steve Borden, well-known by his ring name as Sting, is esteemed as one of the greatest wrestlers and performers in WCW annals. Often dubbed “The Franchise of WCW,” the Sting man is one of the most recognizable and unique faces in sports-entertainment history. That distinction made him the backbone of the Atlanta-based organization throughout the late 1980s until the end of WCW in 2001. He was considered a par excellent contemporary of his time and praised by his arch-rival Hulk Hogan. The Vigilante made his presence felt, sending a message to Triple H before their epic confrontation at WrestleMania 31. He had a cultivated legacy. He was held in high regard in the wrestling world due to his rumored dream match with The Undertaker at WrestleMania.

Randall Mario Poffo, well-known as Randy Savage, has been the greatest professional wrestler. He was recognizable by wrestling fans owing to his distinctive and hoarse voice, flamboyant ring attire, use of “Pomp and Circumstance” as his music for the entrance, and his all-time famous signature catchphrase, “Oooh yeah!”. For the majority of his tenures in the WWF, now WWE and WCW, Savage was managed by his real-life wife, Miss Elizabeth Hulette. He won 29 championships, including WWF and WCW. Besides, he had also been a one-time WWF Intercontinental Heavyweight champion. Furthermore, he was the King of Wring of 1987 WWF.

The Mental Health Benefits of Workouts

TOP 5 FREE BLOGGING PLATFORMS YOU MUST TRY IN 2021

What Is a Logo?

Hafeez Hussain - November 27, 2020
0
English is known to be the world’s most renowned language. With its roots all around the world,...